The undisputed favorite of Indonesia’s more than 17,000 islands, Bali lives up to its reputation as the quintessential tropical paradise. While some areas in Bali have suffered from over-commercialism in recent years, there are still places to visit in Bali that appear untouched by time. Known as the Island of the Gods, Bali’s culture is dominated by a unique form of Hinduism that’s evident in every aspect of Balinese life, from the temples that ornament every corner of the island to the daily offerings found in every home. Whether exploring the distinctive culture of the Balinese people, scuba diving in coral reefs, climbing an ancient volcano or sunbathing on a broad stretch of beach, Bali has a bit of paradise to offer every visitor.

Besakih Temple
Besakih Temple, also known as the ‘mother temple’ of Bali sits on the slopes of Mount Agung, at a lofty 1,000m. Besakih is the largest of all the Balinese temples. Eighteen separate sanctuaries belonging to different caste groups surround the three main temples dedicated to Shiva, Brahma and Vishnu

Ubud
Perched among the terraced rice fields that climb up the foothills of Bali’s central mountains, Ubud is considered the island’s cultural heart. Ubud is home to the island’s most important museums, including the Neka Art Museum with its expansive collection of Balinese paintings. There are dance and music performances every day throughout the city as well as numerous art galleries and craft shops to explore. Although Ubud has long been valued as a great place to learn about Balinese culture, tourism in Ubud boomed exponentially after it was featured in the book and movie “Eat, Pray, Love.” Fortunately, it only takes a short walk or bicycle ride to escape from the crowds and commercialism. Ubud is surrounded by gently rolling rice paddies which create a beautiful impression of greenness.

Ubud Art Market
The Ubud Art Market, locally referred to as ‘Pasar Seni Ubud’ is located opposite the the Puri Saren Royal Ubud Palace and is open daily. Here you can find beautiful silk scarves, lightweight shirts, handmade woven bags, baskets or hats; statues, kites and many other hand-crafted goods.

Elephant Safari Park – Nort Ubud
Ride on the backs of strolling giants at the Bali Elephant Safari Park, which is located in the village of Taro, north of Ubud. This park offers visitors the opportunity to get up close and personal with these peaceful pachyderms and to also go on village and jungle sightseeing expeditions while riding on top of well-trained Sumatran elephants.

Tegallalang Rice Terraces
Ubud is famous for its scenic expanses of rice fields. And the paddies with the best vantage point are just up north from the main Ubud centre, along the road of Tegallalang. Here, roadside stalls and art shops offering items and curios of all kinds line the street, as well as small restaurants offering diners great views.

Tanah Lot
Tanah Lot must be the island’s most iconic temple. This temple is perched on top of a huge rock, and surrounded by the sea with waves constantly crashing on to its base. As among Bali’s most important sea temples, Tanah Lot pays homage to the guardian spirits of the sea. The temple serves as foreground to the most picturesque sunsets.
Situated on a large rock, Tanah Lot is one of the most famous Hindu temples in Bali. It has been a part of Balinese mythology for centuries. The temple is one of 7 sea temples, each within eyesight of the next, to form a chain along the south-western coast of Bali. Tanah Lot is one of the most popular places to visit in Bali and the whole area can be very busy, especially in the late afternoons and before sunset. The area between the car park and the beach adjacent to the temple is a maze of souvenir shops selling just about every Balinese trinket imaginable. Once visitors have fought their way through the souvenir vendors to the beach, they will see the magnificent temple perched on a rock just a few meters offshore.

Seminyak
Located on the southwestern coast of Bali, Seminyak is a small town that has been encompassed by the city of Kuta’s expansive growth. Despite its proximity to Kuta, Seminyak is one of the island’s most exclusive vacation destinations. From its high-end boutiques and five-star restaurants to its luxury hotels and spas, the city attract attracts well-heeled travelers from around the world. Although the surf is too treacherous for most swimmers, Seminyak Beach offers visitors panoramic views of the Indian Ocean and of the professional surfers who flock to this area to ride the big waves too.

Pura Besakih
Located on the slopes of Gunung Agung, Bali’s highest mountain, Pura Besakih is considered the most important of the “kayangan jagat,” the nine directional temples built to protect the island from evil. The temple was named after the dragon god that believers say lives within the depths of the mountain. The temple complex includes more than 28 structures built on seven ascending terraces. Participating in an organized tour is the best way to view the site as the self-designated guides on site can be aggressively demanding.

Kuta Beach
Once a sleepy fishing village, Kuta gained fame as a great spot for surfing during the 1970s, and it has remained Bali’s premier vacation destination ever since. Located on the southern point of the island in the village of Kelurahan, the long, broad stretch of sand one of the best-maintained and most scenic beaches on the island. Known for its active nightlife, the southern section of the beach is usually crowded, day or night. A short stroll to the north end of the beach, however, offers visitors a quiet sense of solitude.

Kintamani and Mount Batur
Kintamani, located in the Karangasem Regency, is home to Mount Batur and the Caldera Lake. A favourite stopover on tour itineraries to this region is Penelokan, which aptly means ‘scenic stopover’. The still-active Mount Batur volcano has erupted about 24 times since 1800, each time reshaping the surrounding landscape.

Mount Batur
While it’s not the highest point on Bali, Mount Batur is situated on one of the island’s most dramatic landscapes. Dominating the northeastern section of Bali, the 1,717-meter (5,633-foot) peak is a sometimes-active volcano that includes four craters, a lake and several villages. Climbing to the top of Mount Batur to watch the sunrise is a popular activity. It’s a relatively easy climb that anyone in reasonable shape can achieve in around two hours. Visitors also come to Mount Batur to see Pura Ulun Danu Batur, one of Bali’s nine major Hindu temples.

Pura Luhur Uluwatu
The Bukit Peninsula located at the southern tip of Bali is home to the Pura Luhur Uluwatu, one of the nine major Hindu temples on the island. Founded in the 11th century, the temple was built at the edge of a limestone cliff top jutting out over the sea. Although only Hindu priests are allowed into the innermost sanctuary, visitors are welcome to tour the grounds and enjoy the views with or without a guide. Statues of Ganesha flank the entrance to the temple complex, and live monkeys beg for treats from visitors. Dances are performed for visitors every evening at sunset.

Lovina
The largest resort area on the north coast of Bali, Lovina is best known for the black volcanic sand of its 5-mile beach. Encompassing several small villages, the area is a popular spot for snorkeling and scuba diving adventures as the northern waters are calmer than those to the south. Local skippers operating the traditional outriggers known as perahu stand ready to take visitors to the best diving areas. The calm sea is perfect for swimming and dolphin watching too, making the area an ideal vacation destination for families.

Nusa Lembongan
Part of Bali Province, Nusa Lembongan is a small island located off the southeastern shores of Bali’s mainland. So small that visitors can tour the entire island on foot in three or four hours, Nusa Lembongan is a popular day-trip destination. The island’s beaches attract the most visitors. Named after the mushroom-shaped coral offshore, Mushroom Beach near the village of Jungutbatu features powder-soft white sand and clear turquoise waters. Many areas around Nusa Lembongan are also good for diving and snorkeling, with abundant marine life and healthly coral. Surfing can get a bit crowded, but the waves are good.

Sanur Beach
Located in the village of Denpasar in southeast Bali, quiet Sanur Beach is a popular destination for older visitors, which has earned the spot the nickname “Snore Beach.” That’s a bit of a misnomer, however, as there is plenty to see and do at this beach resort. In addition to the area’s well-kept beach, Sanur has several important historic sites, including the Blanjong Temple, which contains a column bearing inscriptions that date back to the 9th century. The nearby Le Mayeur Museum was once home to Belgian impressionist Adrian Jean Le Mayeur and features many of the artist’s works.

Uluwatu Temple
Uluwatu is among the Bali’s most important sea temples, perched on a cliff edge in the southwestern Bukit peninsula. Here you can catch dramatic sunsets such as at Tanah Lot, Uluwatu also features an open amphitheatre close by, where sunset kecak fire dances can be enjoyed. A monkey forest also borders the temple grounds.

Bali Safari and Marine Park – Gianyar
Bali Safari & Marine Park is Bali’s largest animal theme park. The park is home to over 60 species, all roaming freely within their enclosures built to closely mimic their natural habitats. Bus safaris take visitors on tours ‘around the world’, and animal talent shows are held regularly. Aquariums holding exotic fish specimens are nearby.

Goa Gajah  – Gianyar
Goa Gajah ‘Elephant Cave’ is an archaeological site of significant historical value that makes it a special place to visit. Located on the cool western edge of Bedulu Village, six kilometres out of central Ubud, you do not need more than an hour to descend to its relic-filled courtyard and view the rock-wall carvings, a central meditational cave, bathing pools and fountains.

Looking for others Best Places in Bali ? please Click Here 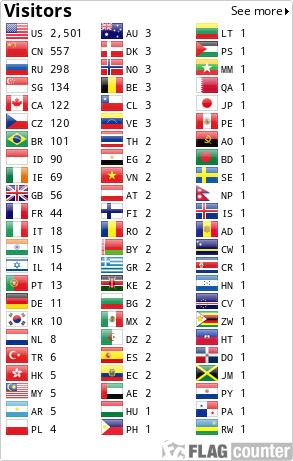